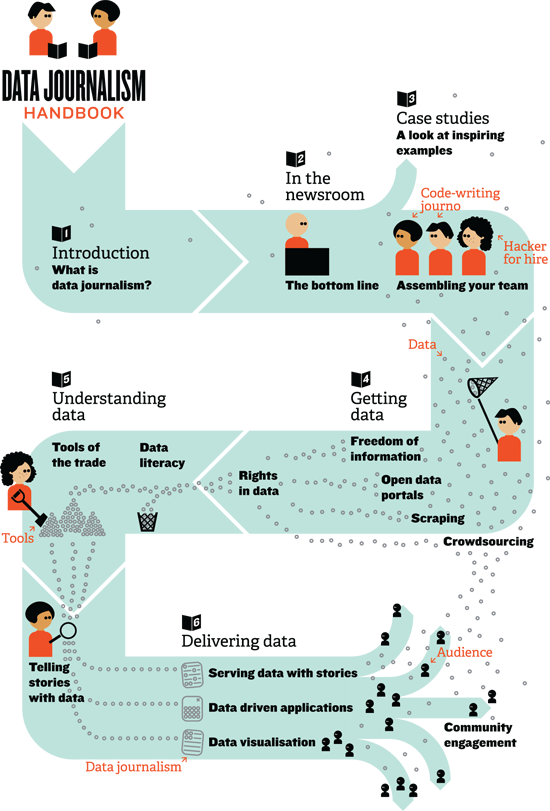 The Data Journalism Handbook was born at a 48 hour workshop at MozFest 2011 in London. It subsequently spilled over into an international, collaborative effort involving dozens of data journalism’s leading advocates and best practitioners.

What is data journalism? I could answer, simply, that it is journalism done with data. But that doesn’t help much.

Both ‘data’ and ‘journalism’ are troublesome terms. Some people think of ‘data’ as any collection of numbers, most likely gathered on a spreadsheet. 20 years ago, that was pretty much the only sort of data that journalists dealt with. But we live in a digital world now, a world in which almost anything can be — and almost everything is — described with numbers.

What makes data journalism different to the rest of journalism? Perhaps it is the new possibilities that open up when you combine the traditional ‘nose for news’ and ability to tell a compelling story, with the sheer scale and range of digital information now available.

And those possibilities can come at any stage of the journalist’s process: using programming to automate the process of gathering and combining information from local government, police, and other civic sources, as Adrian Holovaty did with ChicagoCrime and then EveryBlock.