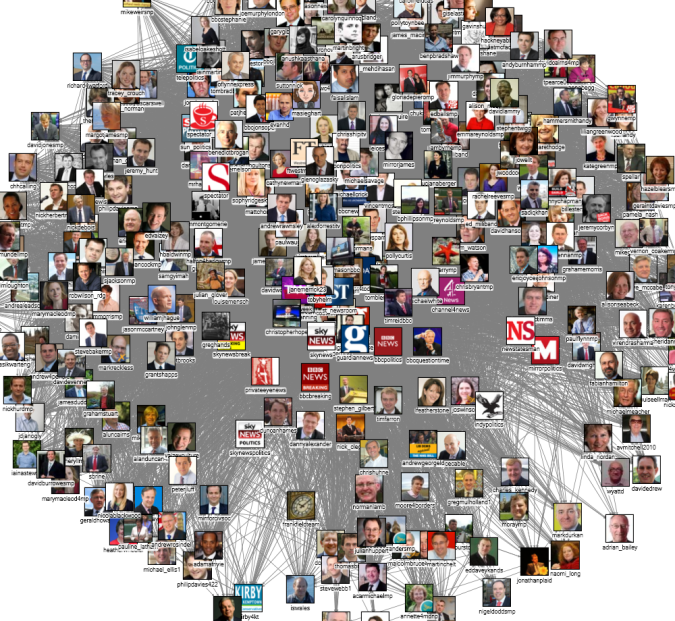 As a follow up to the previous post on Friday triggered by a @tweetminster article – Where do MPs get their news – and who among them is the most popular? I have have conducted (using NodeXL) a crawl of every UK  MP who tweets account and the top 100 UK media tweeters. Collecting data on who they are following, who are their followers, replies to and mentions in their latest tweets.

The darker the blue the more reciprocated the links

No major surprises there then.

And if you were wondering – here’s what they are talking about today.