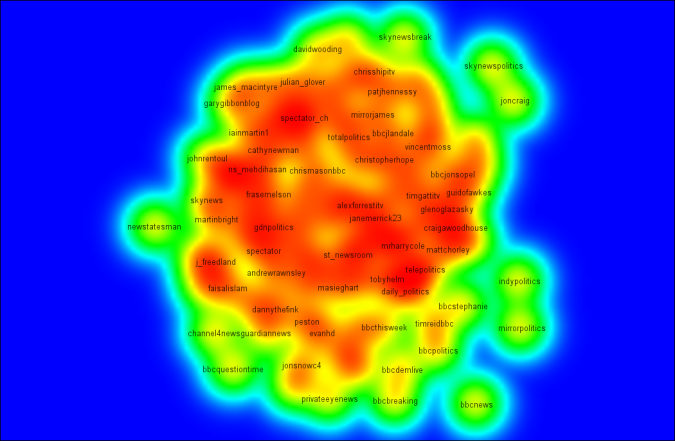 “Influence” isn’t just about size and the number of followers one has. Who follows whom, relevancy and context are just as important, if not more. With this in mind we thought it would be interesting to have a look at which journalists and media accounts on Twitter do MPs most follow – who do MPs pay attention to the most within UK media?” Tweetminster.

I have merely asked a further question regarding who among them is most connected?

One thought on “Where do MPs get their news – and who among them is the most popular?”